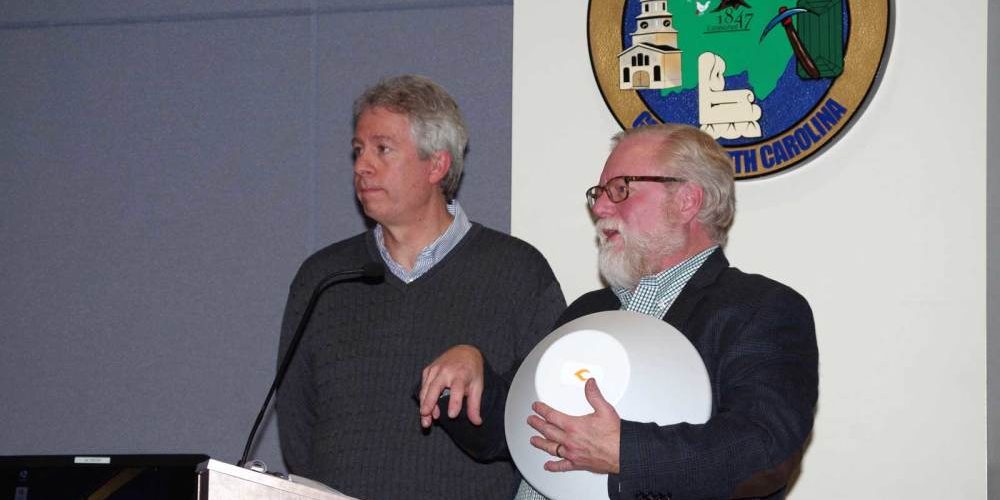 The need for fast, reliable broadband is stronger than ever before. Counties and towns across North Carolina are taking action to improve broadband for constituents, increasingly through a Public-Private Partnership model. This article describes why the need for broadband has become such a paramount issue, how a Public-Private Partnership model can work, and examples of North Carolina communities which are benefiting from this approach.

Why Broadband is such a Paramount Issue

Internet access is increasingly being compared to water and electric service as a fundamental right. A brief summary of driving factors:

One thing is clear: where there is broadband competition, speeds go up and prices go down. Unfortunately, many locations in North Carolina fall outside of these competitive service areas and may have no access to 25 Mbps broadband, or they only have one choice. Satellite, DSL, and cell phone hotspots are not cutting it.

Counties and towns across North Carolina are increasingly hearing from concerned citizens wanting access to affordable broadband. By law (HB129), NC government entities are essentially prohibited from launching new ISP service directly to residents (Wilson and Salisbury are grandfathered in existing footprints). So what’s a county or town to do?

Counties and towns are increasingly issuing RFIs and RFPs to attract new ISPs. At Open Broadband we’ve participated in several RFI/RFPs, including Wayne County, Alexander County, City of Laurinburg, Chatham County, and Orange County. Persons County, the SWC Commission, Highlands, and Cullowhee are a few more examples. We’ve even seen a neighborhood HOA in Chatham County issue an RFP. There have been so many over the last 2 years we can’t list them all!

How a Public-Private Partnership Model Can Work

When a county or town wants to engage with an ISP to improve broadband access, the first step is to determine desired outcomes. The top priority we’ve seen in North Carolina RFI/RFPs has been increasing broadband availability, covering areas which do not have a 25 Mb broadband provider. Other desired outcomes include educational opportunities, economic development objectives, faster internet options, and a competitive entrant to “shake things up” and spur a positive competitive reaction from other ISPs.

One successful model has been a Private Investment, Public Facilitation approach. This is one of the approaches recommended by the Coalition for Local Internet Choice (CLIC) and we’ve seen successful examples of this in North Carolina. This model typically includes:

Open Broadband recently conducted a Broadband Feasibility Assessment for Alexander County in which we recommended this approach.

A highly visible example of this approach was the attraction of Google Fiber to Charlotte and the Raleigh/Durham area. Charlotte Hearts Gigabit, a community advocacy group of which we are a part, summarized the Google Fiber Checklist in a series of blog posts.  The Checklist included:

Ting Internet is another example in Holly Springs.  By leasing town-owned fiber for its backbone, Ting has built out a fiber-to-the-premise network throughout much of Holly Springs and has started offering symmetrical gigabit Internet access to homes and businesses. As reported by CLIC, “key factors in Ting’s decision to invest were the town’s willingness to lease excess fiber in its backbone and adopt best practices. Among other things, the town offered efficient government processes, access to information and facilities, and facilitation and support—all of which boosted Ting’s confidence in the community as an investment opportunity.”

Open Broadband is following this approach and has projects in Gaston County, Wayne County, Stanly County, and previously mentioned Alexander County. In Belmont NC we’ve worked with the city to provide free public Wi-Fi along Main Street downtown, service to their Police Department, many city buildings, and a gigabit internet equipped innovation center – TechWorks. The investment is being made by Open Broadband, but Belmont and TechWorks are partnering in the effort. Mount Olive is fast approaching as our next deployment of this model.

For more information on Public-Private Partnerships for better broadband, we highly recommend the following resources: