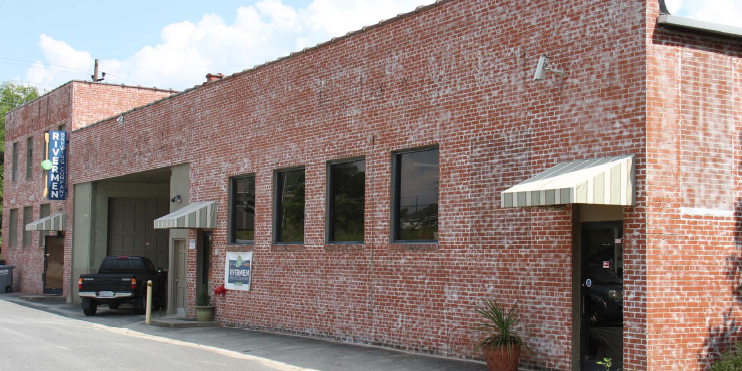 Some are strictly shared work environments.  Others are offering financial or technical services to early-stage businesses.  The trend of co-locating independent workers has definitely caught on in North Carolina’s largest cities, inspired in part by industry leader WeWork and smaller franchises that have mushroomed around the country in recent years.

What’s become a new way to work in our state’s metro areas is also beginning to get off the ground on Main Streets and in smaller towns.  The recently announced GIGworks in Belmont, in Gaston County, and the Coworking Station in Holly Springs, outside of Raleigh, are examples.

As we think about ways to support business creation and growth, however, there are a few things we hope entrepreneurs, co-workers and small business owners of all types (and the communities that support them) will consider.

1. Partnership: Building an Innovation Ecosystem is a Public-Private Partnership

We have 40-plus years of combined experience in economic development statewide and in the Research Triangle in particular. As practitioners, we appreciate the success of the Research Triangle Park as one of the world’s most famous technology development intermediaries.  But we acknowledge that its design exemplifies the now-outdated idea that innovation is best nurtured in isolated labs and in cloistered, park-like environments.

Time passes and models change.  It’s now abundantly evident that partnership — not isolation– is the emerging prototype for success.  Innovation is, in fact, more likely to emerge at the intersection of disciplines, technologies and markets.  RTP has begun to write its next chapter, informed by a strategy to encourage the cross-pollination of ideas.

How does this apply to the comparatively recent efforts to spur new business growth in technology and other industries elsewhere in the state? Critical partnerships underscore the efforts underway across North Carolina.

Across the state, phoenix-like efforts are giving rise to creative enterprises that will become economic engines from the remnants of yesterday’s textile and furniture plants and tobacco warehouses.

The GIGworks innovation and coworking space is being built in Belmont, NC. Photo credit – Terry Cox, Executive Director of GIGworks.

In Belmont, the arrival of a brewery-restaurant as the first tenant in a Main Street redevelopment site can only mean beer-loving micro-entrepreneurs are not far behind.  Gaston County is increasing its focus on startups, an effort anchored by an ultra-fast internet-supported incubator in downtown Belmont currently known as GIGworks.  According to a recent newsletter, GIGworks will be a collaborative public-private project that supports entrepreneurs from launch to scale.

In southwestern Wake County, Holly Springs is working to leverage its proximity to the Research Triangle, and recent completion of a town-funded fiber optic network, to attract footloose workers (and innovators). A linchpin in this strategy was to repurpose the town’s oldest commercial building, originally built as a train station in the 1890s, into the Coworking Station.  It will provide a collaborative workspace for people in all fields to lease.

The amenities typically associated with the co-working movement — bottomless coffee pots, ping-pong tables and, of course, beer — will bring tenants in the door.  But it is the human resource capacity of communities that get them launched.  Sustaining the effort and positioning it to make a community competitive requires ongoing and meaningful efforts to knit together public and private assets to take the best strategic advantage of what’s locally available – and to create vibrant futures.

The release of the state’s first broadband plan in June 2016 was an important acknowledgement that the new toolkit of economic development requires high-speed Internet.  The plan also acknowledged that, due to North Carolina’s particular geography and settlement patterns, ubiquitous broadband is a challenging goal.  Communities will have to lead from within to get to the broadband deployment they need.

Some communities will have more and better choices.  Other places will need to organize their business community to concentrate demand and show providers they are willing and able partners. North Carolina’s Office of Broadband Infrastructure provides assistance for conducting such demand aggregation efforts.

Beyond geography and the state’s rural-urban profile, there are other challenges to broadband being all it can be for economic development. House Bill 129, enacted in 2011 by the NC General Assembly, is seen by many as burdening the capacity of local governments to broadly deliver broadband. In too many underserved communities, the promise of locally-driven efforts to spark entrepreneurship could very well depend on thoughtful reconsideration of this restrictive law. We need to get the policy right in North Carolina.

And then, there’s people. One of economic development’s maxims is that a region’s assets are only as good as the ability to harness them.  Kansas City, Chattanooga and Cleveland are each undergoing a digitally-led revitalization effort.  They are funding innovation districts and becoming ground zero for attracting global innovators that require ultra-high-speed computing environments, such as the companies recruited to Chattanooga’s Gigtank.

Coordination and collaboration are hallmarks of their approach.  Here’s how the three communities are harnessing their assets, as presented at the Smart City Innovation Summit one of us attended this summer.

If there’s one thing that the innovation hub, tech center, or co-working-with-benefits efforts indicate: it’s smart to spark growth from within.  At the same time, let’s not be so internally focused that we lose sight of the value-add of working collaboratively. For smaller communities in particular — that often lack the scale to take on state policy revisions independently or the population to support large co-working facilities — collaboration beyond the borders may be the fastest and most sustainable route to success.